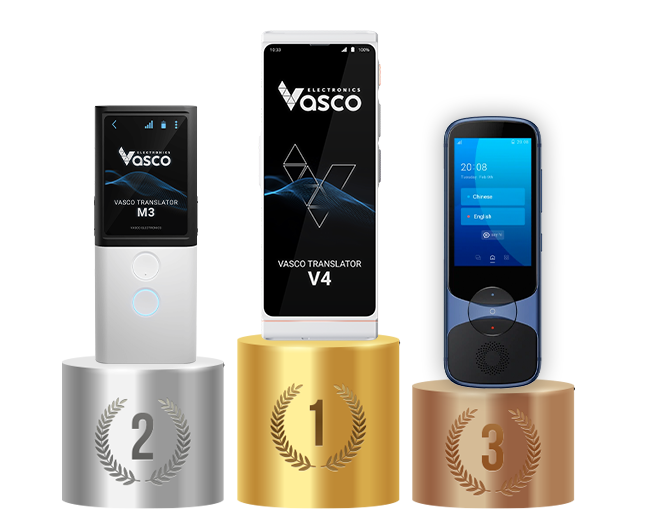 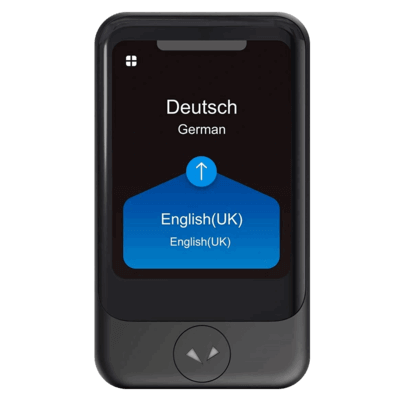 Pocketalk’s two devices ended up in the ranking right next to each other, as there are not many differences between them. Still, we liked the “S” model a little bit better, mostly due to the photo translation option which always makes for a cool addition to any electronic translator. The thing that bothers us a little though is the overly complicated way of switching between languages during the conversation - one button in the middle doesn't mean you only need to press one button. Quite to the contrary, actually. You need to press a small arrow on the screen, and only then the big button in the middle, before your foreign friend starts talking. Yes, we find it strange too...

It is a decent device allowing for translations between any two of the 74 languages it supports. The quality of translation is satisfactory, but the producer never mentions how many translation engines it uses and exactly how accurate the translations are expected to be. From what we tested, we had no bigger issues getting our point forward, even if the translations were not exactly impeccable.

A handy translation device, just enough for less demanding users. It covers over 70 languages, and the SIM card allows for 2 years of translating in most of the world’s countries. One of the few devices in the ranking with a photo translation option.

What we liked most: photo translator, nice design and small size of the device.
What we didn’t like: too difficult and not user friendly way of conversation mode, the producer avoids mentioning the translation accuracy rate, which is a tad suspicious (especially given that the competitors love to boast their numbers in this matter). Also no information on the number of translation engines used.

Translator Comparison
Where to buy

Check out a detailed comparison of translators and all tested parameters